They had followed his crazy directions all the way to this point: Now they were between an army and a massive body of water. The promised land seemed like a tease.  All rational thought ended with this conclusion: They were going to be slaughtered, captured, or drowned. But the promised land? No way.

They were at the intersection of two catastrophes: The Red Sea and Pharoah’s unstable rule of tyranny.  They had pretty much a 100 percent chance of failure.  And then God told Moses to raise his staff.

Today I’m at the intersection of two seemingly impossible situations, and I see no way out of either of them. Our family is teetering on the edge of our own Red Sea at the moment, and the east wind has yet to stir.  God has promised healing for my body, and I am in the limbo of the infamous in-between of waiting:  Waiting for healing, answers, relief, hope, heck, just a doctor who has some idea of how to help me, pretty much just some kind of nibble on my line.  The other day, I found myself sobbing-convulsing on the cluttered floor of my prayer closet.  I was begging God for a scrap, anything, and as I waited, I found myself frenetically physically searching the floor, the shelves, and the crevices of my closet.  I had no idea what I was looking for, but I figure that in my quest for answers from God, I thought maybe I could physically find something I have lost along the way. In that moment, I found nothing. No lost objects, no answers, nothing.

Tonight, days after my frenzied search for answers,  I shoved some shoes aside and knelt in the same cluttered spot,  and I heard God whisper to me to rise, lift my hands to the sky, and wait:

I locked the door out of fear that my husband would come in and either think I was crazy or scold me for standing up for too long.  I lifted my hands.  I thought maybe this was the moment that God would bring physical healing,  or maybe I would get some kind of heavenly vision for our church as we flounder under the aftermath of a broken and divided denomination. Maybe God would show me Himself in a fresh way.

As I waited, I felt my heart hammer in my chest, I glanced at my Apple Watch as my heart rate climbed to the upper-hundreds.  My legs started to shake, my arms began to ache, and my head started to spin (good old POTS),  and still I heard the whisper of the Spirit, “wait.” And I responded, “Okay, but you better not let me pass out!”

So I waited still. I heard God say, “Lift your arms so that they can cross.” And I responded irritably, “You know I’m not Moses, right?”  I’m pretty sure Moses did not have a condition that would cause him to loose consciousness from standing up, and then add the lifting of arms, which would further increase blood pooling, hastening the onset of the impending syncope.

And so, I lasted for about seven minutes (quite remarkable, actually) in my walk-in closet attached to our bathroom, with the bathroom door locked, my husband pounding on the door to make sure I was okay and not unconscious on the floor, listening to God whisper, “wait” over and over again. There were no lightning bolts, no audible voices from heaven, no immediate healing or step-by-step instructions on what to do next.  Only an exercise of faith, obedience, and patience.

As I walked out sheepishly,  I informed Jordan of God’s call, my response, my resulting heart rate spike, fatigue, and overwhelming confusion.  I’m sorry I don’t have an amazing miracle story from my Moses story in the closet, but I’m pretty confident we are still in the middle of the story.  There’s more to come.

After I left my prayer closet, I plopped on the bed and I opened my Bible to Exodus 14 (it just made sense to read about the parting of the Red Sea after a fiasco such as mine).  Something stood out to me particularly that I had never noticed before:  This sea, the obstacle that at first seemed like a death sentence, became a corridor not only of hope, but protection, defense, and comfort.  As the east wind stirred the sea and lifted two walls so that the Israelites could walk on dry land, the scripture adds that the walls rose on their right and on their left, as if to say that they were hemmed in by the Red Sea.  It stood as a fortress of protection.  And then, after the last Israelite was able to emerge on the far side of the sea, Moses lowered his staff, and the sea itself became the Israelite’s defense.  They did not have to lift a finger to fight the Egyptian army. This sea, originally the symbol of death, defeat, and betrayal for the Israelites,  became the method of their victory.  Isn’t that just like God?  It’s not enough just to win the battle, but He loves to use for good that which the enemy meant for our destruction.

So here’s what I’m choosing to believe: I have an army that I’m escaping, and I have a Red Sea that I’m facing.  God is calling me to act in obedience, to raise my hands, and to wait and see the victory of the Lord. I’m not sure what it will look like, but I’m confident it is already in the works. Maybe it will be obvious and leave people breathless like the unimaginable wonder of a sea split wide open with bone-dry ground laid out for us to cross over into victory and freedom.  Maybe it will be a sweet internal Spirit-whispered breeze of hope, comfort, and intimate knowledge of my Abba Father in the midst of pain and suffering.

But this I know:  I will see the victory one way or another, on this side of heaven or the other. I’m really hoping it’s soon, but I’m trusting my Lord that in the mean time and for eternity He has us in the palm of His hand. 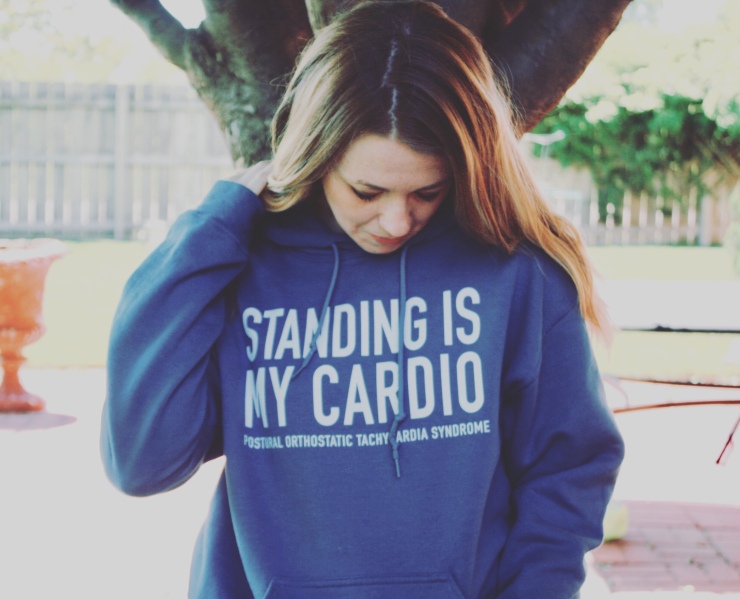 Can you hear it?

Encouraging Christians to Live a Life of Radical Love and Service

Trusting the Love of Jesus Christ, One Day at a Time. Psalm 13:5 NIV, “But I trust in your unfailing love; my heart rejoices in your salvation.”